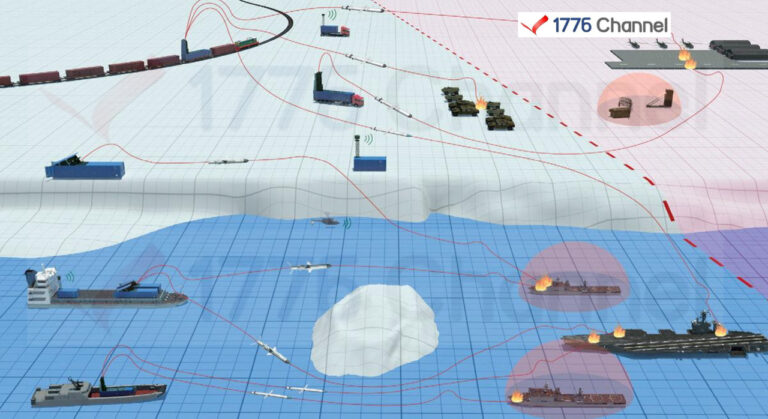 Translations from a Russian defense journal and from a secret Iranian military handbook suggest that Russia and Iran have developed a Pearl Harbor 2.0 plan to sink the entire U.S. Navy fleet as part of coordinated asymmetrical attacks against the United States and U.S. military bases around the world.

The plan is to launch Russian Kalibr cruise missiles from submarines, freighter ships, and Trojan Horse Club-K Container Missile System intermodal cargo “containers” that can be smuggled into U.S. ports and moved into the U.S. interior aboard trains and semi-trucks. 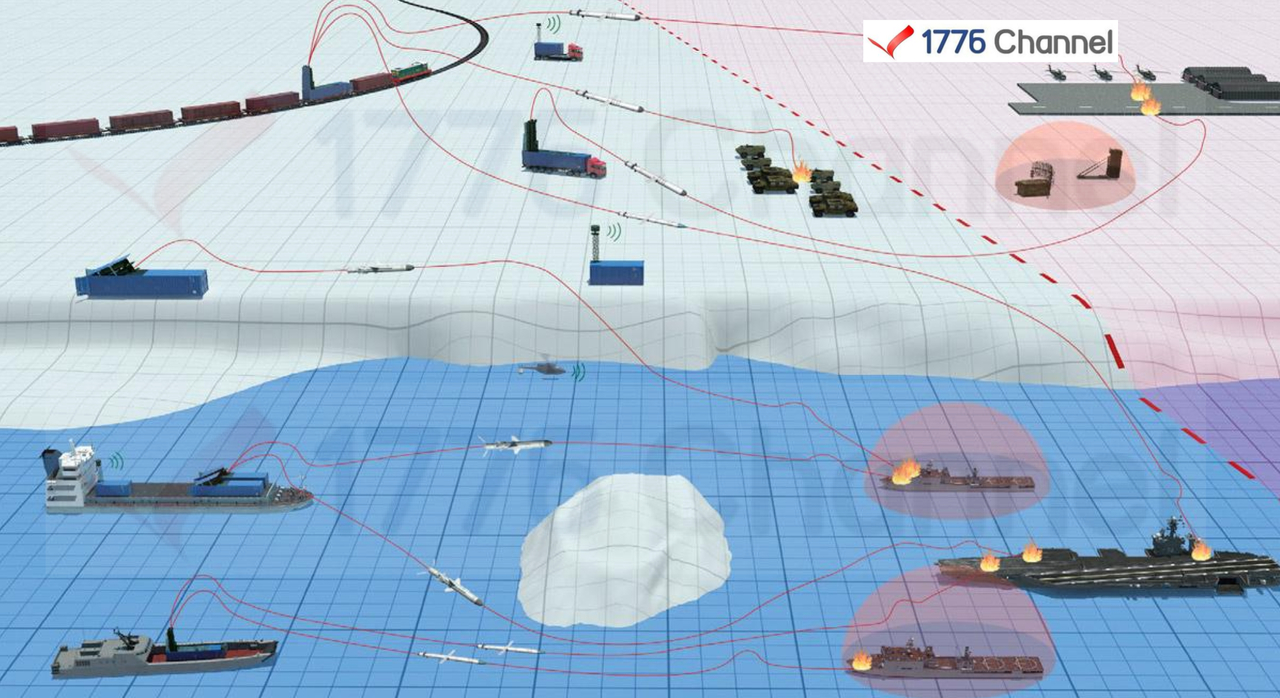 In 2015 the Russian journal “Natsionalnaya Oborona” (translation: National Defense) outlined a plan to “hit them in their ports” with Kalibr cruise missiles that could sink entire US Navy fleets docked in ports across the United States, Europe, and the Middle East.

Thanks to the (Kalibr) cruise missiles, nuclear and conventional submarines will no longer have to change ship targets all over the ocean, but strike them in their ports, attacking from long ranges. They can now attack a wide range of land targets and from directions poorly protected by air defenses. This also applies to attacks on surface ships. In the near future, Russian submarines, missile boats, and surface ships will be able to hold at risk all important sites in Europe and in the Middle East. While the nuclear subs will have the US as their potential target…We believe that the idea of placing Kalibrs in standard 40-foot containers (the Kalibr-K system) installed on civilian ships, including riverine ones. Such concealed floating arsenals can operate on seas and rivers unnoticed.  Club-S export version is also enjoying success. It has been installed on more than twenty diesel-electric submarines delivered to Algeria, Vietnam, India, and China. Iranian sailors are casting covetous gazes at them.

The West clearly understands the power of the Kalibr system. Not for nothing did they name it the “Sizzler.”

Russia has been shifting to an asymmetrical cruise missile strategy by retrofitting Russian submarines and surface warship fleets with Kalibr cruise missiles and the Club K Container Missile Launch System. This information on the Kalibr retrofitting of Russia’s naval fleets was confirmed by a “high ranking Russia defense industry official” according to the U.S. Office of Naval Intelligence.

U.S. military bases along the coast are in range of Russian Kalibr cruise missiles that can be launched from submarines and freighters at sea, according to the CSIS Missile Defense Project.

Russia already “holds” most of Europe and the Middle East in range of Russian Kalibr cruise missiles, the same type of missile used in the Club-K Container Missile System, a map from the Office of Naval Intelligence reveals.

Additionally, Russia is building up military bases in the Arctic near Alaska, as revealed in a map from the office of U.S. Senator Dan Sullivan (R-AK).

One nuclear warhead detonated at high-altitude over the United States would blackout the national electric grid and other life sustaining critical infrastructures for months or years by means of an electromagnetic pulse (EMP).  A nationwide blackout lasting one year, according to the Congressional EMP Commission, could cause chaos and starvation that leaves 90 percent of Americans dead.

Iranian military documents describe such a scenario — including a recently translated Iranian military textbook that endorses nuclear EMP attack against the United States.

Dr. Pry headed the Congressional EMP commision until it was dismantled by Obama administration holdovers in September 2017, just as North Korea was testing a hydrogen bomb that could be used in a super EMP attack.

“The people who sabotaged the EMP Commission, Obama holdovers, are still at the Department of Defense. They have not been replaced by the Trump administration. This is happening not just with the vitally important EMP Commission” Dr. Pry told World Net Daily. “They held back money for a whole year. They held back security clearances. They tried to stop the commission’s staff from working, arguing that ‘you need a contract in order to work for the EMP Commission.’ They wouldn’t even let me work, or other staff, pro-bono. We did anyway.”
The EMP Commissions was comprised of America’s top scientist, a brain trust of national defense experts.

In 2014 the Obama administration handed over Port Canaveral’s cargo container terminal to UAE-based container and ports management company Gulftainer. Gulftainer is linked to Saddam Hussein’s WMD programs and to Russia.

FOR FURTHER READING: “THE PERFECT STORM” CENTER FOR SECURITY POLICY

Russia and other U.S. adversaries could smuggle Club-K Container Missile System units through U.S. ports such as Port Canaveral and the Port of Wilmington.  Club-K units look identical to standard intermodal shipping containers.

Dr. Joseph King is the former Chief of the National Security Section, Department of Homeland Security’s New York City office. In an exclusive interview with these reporters, Dr. King stated:

The detailed information that has been amassed regarding Project Pelican makes it clear that the threats to our Ports and Terminals, our first line of defense, and the corruption and criminal conduct in these conspiracies, surpass the scope of the “Iran Contra” and “Whitewater” affairs combined.

I find it mind-boggling that this Byzantine attack on our national security has been swept under the rug by the previous administration. I hope that someone in the Trump administration will pursue this dangerous and criminal attack on our Ports and Terminals and ultimately our national security so that, unlike Churchill, we will not have to fight them on our beaches.

86
SHARES
VIEWS
FacebookTwitterGoogleReddit
© Newspaper WordPress Theme by TagDiv
error: Content is protected !!
Close
Do you already like us on Facebook?
Do not ask me again for Facebook
Continue to the article »
Go to mobile version