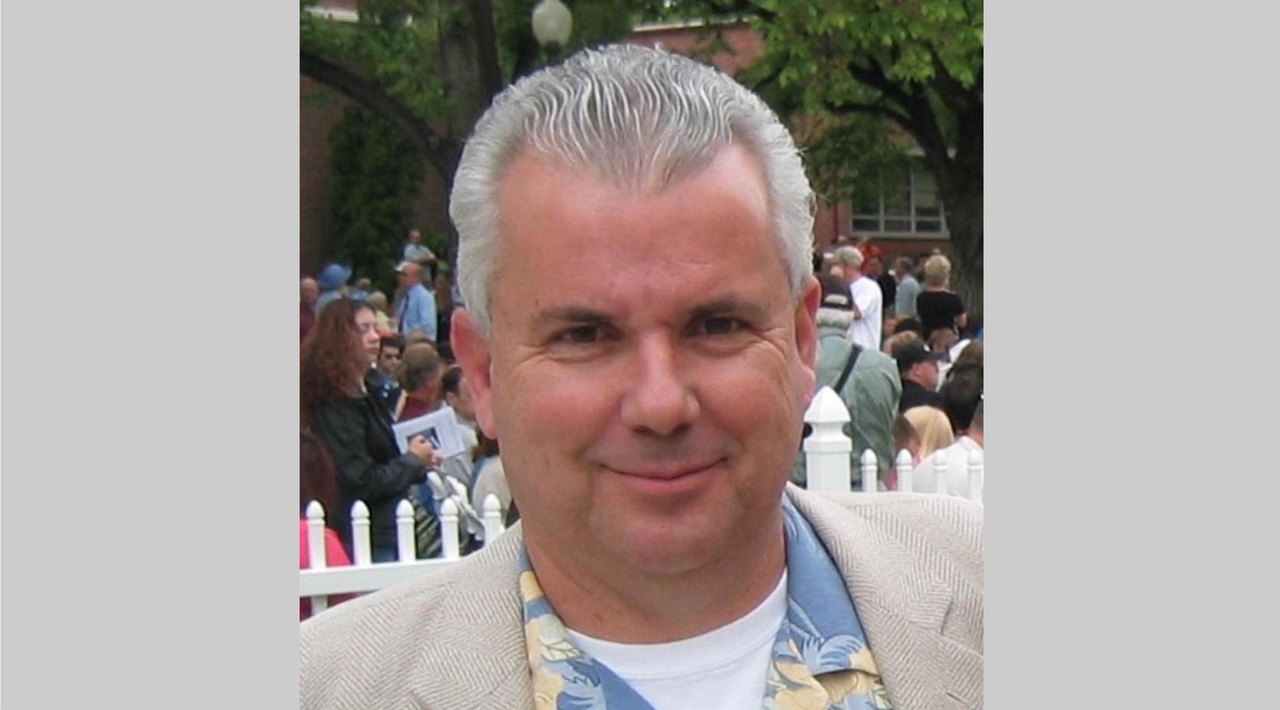 Remember, do not kill a mockingbird. When a whistleblower is singing for America’s protection, we embrace and celebrate him.

Montgomery became alarmed when Obama and his intelligence chiefs Brennan and Clapper turned the super-surveillance system against the American people.

Montgomery asserts that Obama, Brennan, and Clapper used THE HAMMER in a diabolically intrusive manner in order to spy on the American people and collect massive amounts of surveillance data for “leverage” and “blackmail.”

THE HAMMER was only to be used for foreign surveillance, not to be weaponized for domestic surveillance against the American people, according to Montgomery and to U.S. military sources.

According to those U.S. military sources, Montgomery’s surveillance technology not only saved American lives as America’s “War on Terror” broadened, but also featured built-in safeguards to prevent the system from ever being used for domestic surveillance.

“Multiple echelons” of government, including the FISA court, had to sign off on each and every foreign surveillance operation conducted with the use of THE HAMMER, those sources say.

Montgomery’s revelations about his super-surveillance system THE HAMMER call into question Chief Justice Robert’s strange and inexplicable 2012 decision that stood in direct opposition to his own stated legal argument. At the eleventh hour, Roberts flipped and supported the individual mandate for President Obama’s highly unpopular Affordable Care Act.

In August 2015, Montgomery turned over to FBI General Counsel James Baker, who represented the office of FBI Director Comey, physical evidence, in the form of 47 computer hard drives containing 600 million pages of documents.

Montgomery maintains that the data on the hard drives prove the existence of THE HAMMER and prove that Brennan and Clapper engaged in illegal domestic surveillance, despite the existence of safeguards that were already in place.

On August 19, 2015, Montgomery turned over the hard drives under two immunity agreements struck with the U.S. Department of Justice. The 600 million pages of documents stored on those hard drives, when stacked one upon another, would measure a stunning thirty miles high, says Montgomery.

The FBI provided Montgomery with a detailed receipt for the 47 hard drives, including handwritten descriptions of each and every hard drive.

Montgomery’s claim that Obama, Brennan, and Clapper illegally spied on millions of Americans is by itself explosive.

Montgomery’s identification, by name, of one particular U.S. citizen that Montgomery insists was under constant surveillance “for years” by Obama, Brennan, and Clapper via THE HAMMER has led Obama’s inner circle to take desperate measures.

The name of that U.S. citizen targeted by THE HAMMER is Donald J. Trump.

Donald Trump and his late father Fred Trump are both known for their lifelong aversion to communism.

As we previously reported, Brennan and Comey both affirmed their belief in communism.

We noted in our May 12, 2019 exlusive exposé connecting “THE HAMMER” to FBI Director Comey’s launch of the Trump Russia Collusion investigation that John Brennan admitted  during his initial CIA polygraph test that he voted for Communist Party USA (CPUSA) candidate Gus Hall in the 1976 presidential election.

Comey, we simultaneously reported, told New York Magazine “I’d moved from Communist to whatever I am now.”

Stalin could only have dreamed of a Soviet surveillance system with capabilities approaching those of THE HAMMER. Russian historian Alexander Solzhenitsyn says that Stalin murdered 60 million of his own countrymen during his reign of terror.

With THE HAMMER, Brennan, Clapper, and Obama were implementing a political system — communism — that is antithetical to America’s system of justice and to the U.S. Constitution.

Under the U.S. Constitution, the purpose of American government is to secure the rights of each American to life, liberty, and private property.

Brennan, Clapper, and Obama illegally used THE HAMMER as a technological instrument of tyranny in order to take away Americans’ inalienable rights as outlined under the U.S. Constitution.

These conspirators transformed a high technology tool designed to protect the American people from foreign threats into a tool of tyranny.

During a 2017 radio interview with his attorney Larry Klayman, Montgomery explained:

I provided to the FBI seventeen businesses of Donald Trump, including the Trump Tower, the Trump leasing programs, all of these different programs, and including Trump himself and the various family members that had been wiretapped under these programs. There has been a wiretap on Trump for years…

…I was a CIA contractor both under John Brennan and under James Clapper and these individuals were running domestic surveillance programs in the United States collecting information on Americans…they collected everything they could find. Bank accounts, phone numbers, chats, emails, and they collected a massive amount of it under the Obama administration.

According to sources, Comey was the general counsel and senior vice president of Lockheed Martin when Montgomery was paid $8,000 to use a supercomputer at a Lockheed facility in the Los Angeles area to collate the tranche of data harvested by The Hammer into individual files for each of the individuals being targeted

“The proof of Donald Trump being wiretapped is in the documents that were handed over to the FBI” Attorney Klayman told reporter Fanning.

Brennan and Clapper covertly operated THE HAMMER out of a U.S. government facility in the Washington, D.C. suburb of Fort Washington, Maryland, according to the secretly-recorded audio tapes released by a U.S. District Judge G. Murray Snow in 2015.

From September 13, 2001 until June 2006, Clapper was the director of the National Geospatial-Intelligence Agency (NGA), known until 2003 as the National Imagery and Mapping Agency (NIMA).  Clapper’s previous post as NGA director is an important detail because NGA is known to operate out of Fort Washington.

Obama and his henchmen were using THE HAMMER to create a tyrannical police state in America worthy of the East German Stasi or Hitler’s Gestapo.

According to Montgomery, the FBI, under Director Robert Mueller’s leadership, provided the computers for THE HAMMER super-surveillance system.

Regardless of the evidence and the $35 million dollar two-year investigation, many, including John Brennan and James Clapper and, according to Democrats’ spin, Robert Mueller himself, continue to smear and characterize President Trump as guilty of collusion and treason.

THE HAMMER Was Ground Zero Of the Trump Russia Collusion Hoax; Obama Administration Insiders Are Panicking

As Department of Justice investigators begin the hunt for the true origins of the Russia collusion investigation, Democrat insiders are beginning to unravel. Blood is in the water. And it is their own.

Brennan, Clapper, and Comey are maintaining and even ramping up their relentless tempo of frenetic television appearances as they struggle to keep their stories straight.  The conspirators are turning on one another.

Many of these insiders appear to be well aware of THE HAMMER and of the Obama administration’s illegal surveillance of Donald Trump.

Evelyn Farkas, a former Obama administration Defense Department official and Russia specialist, blurted out during a March 2, 2017 television appearance on MSNBC “the Trump folks if they found out how we knew what we knew about the Trump staff dealing with Russians that they would try to compromise the sources and methods meaning that we would no longer have access to that intelligence.”

The unraveling of the Russia collusion scheme and the coup d’etat will lead to the trial of the century that will make the Rosenbergs look like small-time crooks.

The Russia Collusion investigation was a coup launched in response to the exposure of THE HAMMER.

Within a matter of hours, the Deep State jumped into action.

Fanning and Jones revealed on May 12, 2019 at The American Report:

The next morning, the Russian Collusion investigation was born.

Early the following morning, Monday, March 20, 2017, FBI Director Jim Comey announced before the House Permanent Select Committee on Intelligence that the FBI Counterintelligence Division, where Strzok served as Deputy Assistant Director, was investigating Trump’s connections to the Kremlin, and that the FBI had “no information” to support Trump’s tweet claiming that President Obama wiretapped Trump.

Dennis Montgomery was celebrated and hailed from many quarters as a “computer genius.”

Montgomery was later reduced from whistleblower to enemy number one of the Deep State, with purpose and forethought. Those holding and abusing positions of power within the intelligence community who had previously hired Dennis Montgomery as a national security contractor for classified projects could not afford to have him expose their duplicitous and treasonous actions.

“IT IS NOT THE FACTS THAT MATTER, IT IS THE PERCEPTION”

Montgomery claims that the FBI buried its investigation into his federal whistleblower claims about illegal domestic surveillance and that U.S. intelligence agencies, several years earlier, attempted to destroy his reputation.

According to Montgomery, the same intelligence agencies, after they had finished smearing his reputation, quietly rehired him.

In 2011, James Risen and Eric Lichtblau authored a New York Times article in which they painted Montgomery as a fraud, citing CIA sources.

In 2016, Montgomery sued Risen and the publisher of Risen’s book Pay any Price: Greed, Power, and Endless War for defamation over a chapter that portrayed Montgomery’s work for the U.S. government as a hoax.

Lichtblau has been exposed. Lichtblau, who was working as CNN editor, and two other reporters resigned from CNN in June 2017 after CNN retracted their discredited story linking the Trump transition team to a Russian investment fund. Only two months earlier, CNN had recruited Lichtblau to its investigative unit.

They [the intelligence agencies] leaked false information about me in 2009 and 2011 to the press to discredit me in case their domestic surveillance programs ever became public. Somebody leaked my name to [New York Times reporter James Risen] saying that my work for the government didn’t work and so forth, which is ridiculous.

…Stroke or no stroke, I am going to expose the CIA and NSA misdeeds until the American people know the truth. I have put my family for years at great risk by coming forward. This is my last stand for America.

Dennis Montgomery, under a limited immunity agreement, turns over to Comey’s FBI 47 hard drives that he says prove the existence of Brennan’s and Clapper’s super surveillance system.