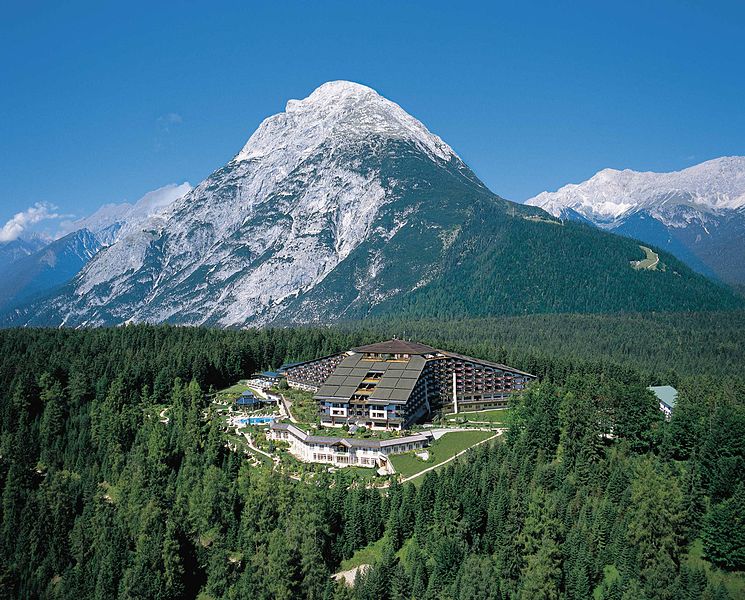 (1776 Channel) Titans of banking, information, the Internet and industry, corporate executives, European royalty, Western government leaders, and an army of security contractors and police have begun to descend on the picturesque InterAlpen Hotel in Buchen, Austria for the Bilderburg Group’s 2015 conference. The conference starts tomorrow and runs through Sunday, June 14.

Large swaths of major media appear to be upholding their long tradition of pretending that the annual conference, held since 1954, simply doesn’t exist, while the scant band of journalists attempting to penetrate the organization’s force field of secrecy are facing harassment and intimidation by Austrian police.

The Western European nation does not appear concerned that the reputation of Austrian police for thug behavior, solidified during Austrian-born Adolph Hitler’s Nazi reign of terror, appears to carry on well into the 21st century.

Tourism makes up nearly nine percent of Austria’s $385 billion GDP. YouTube videos documenting media intimidation near the InterAlpen Hotel have begun to appear, and could hurt Austria’s image by reminding viewers of a the country’s dark history.

A video posted today on YouTube by a user named Buergerberg, narrated in German, reveals the massive police presence and large checkpoints that have been set up near the hotel.

A series of videos released by Infowars, which appears to be one of the only media outlets posting videos of reporters on the ground at Bilderberg so far, document police intimidation and harassment of that organization’s reporters. The harassment reportedly occurred at both check points and at the hotel.

Media coverage has been light so far, but even superficial coverage stands in stark contrast to the nearly complete lack of reporting in past years.

Breitbart noted that climate change appears to not even be on the agenda.

The BBC, whose BBC Trust chairman Rona Fairhead is on the guest list, is complaining that not enough women were invited.

The Daily Mail notes that “politicians, bankers, spies, business leaders and royalty will rub shoulders at the conference” and that “the talks are shrouded in mystery because no record is kept of who politicians meet or what is discussed”.

WND notes that “participants of past Bilderberg events have rarely spoken of their discussions” and that “journalists trying to cover some of these meetings have faced hostility from security officials, as well as arrests”.

A search of the Fox News website returns no recent stories on Bilderberg.

CNN, which has been providing heavy coverage of a prison escape in upstate New York, ran a story on Bilderberg 2013, held at the Grove Hotel in the U.K., but so far has made no mention of the 2015 meeting at CNN.com.