Home National Security Intelligence So Whose ‘Product’ Is It? Exploring The Origin Of The Flynn-Kislyak Wiretap:... 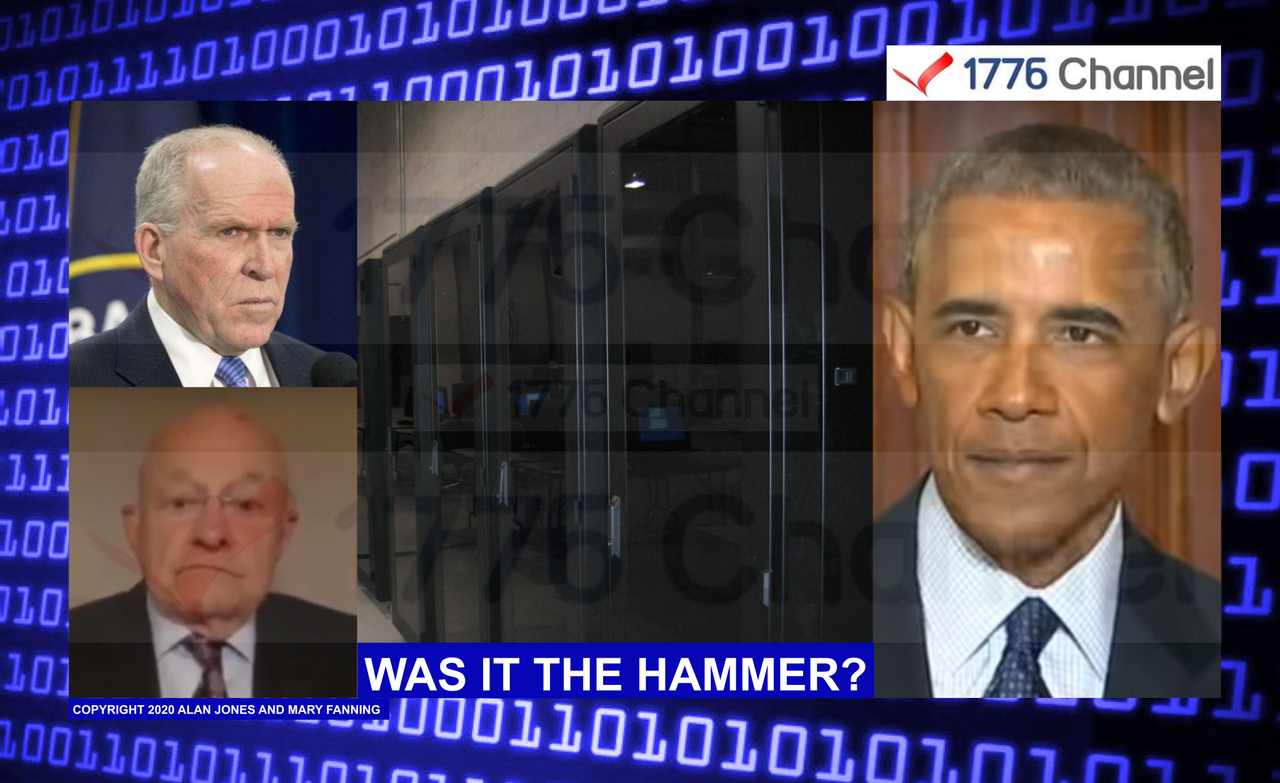 Acting Director of Intelligence Richard Grenell, replying to a tweet from The Federalist’s Mollie Hemmingway about “declassifying the Kislyak-Flynn transcript and/or summaries,” tweeted:

The IC doesn’t have all the transcripts/summaries….it wasn’t our product. It’s odd that @AdamSchiff doesn’t know this.

So, whose product was it?

Was it the “product” of a of the illegally-commandeered foreign surveillance system known as THE HAMMER? President Obama, James Clapper, and John Brennan had transformed THE HAMMER into an illegal, privatized domestic surveillance system to spy on the American people. They ran THE HAMMER outside of legally-mandated Congressional and FISA court oversight.

CIA contractor-turned whistleblower Dennis Montgomery designed and built THE  HAMMER as a foreign surveillance tool in 2003 to keep America safe after 9/11. And it did, according to military sources.

Those military sources told The American Report that sign-off procedures for THE HAMMER, including FISA court sign-offs, were in place to document the identities of all personnel who accessed the powerful foreign surveillance tool THE HAMMER, up to and including the President of the United States.

On February 3, 2009 the U.S. government’s powerful foreign surveillance system, THE HAMMER,  was commandeered and moved to the Fort Washington Facility in Maryland by John Brennan and James Clapper where they illegally transformed it into their own private domestic surveillance system.

Brennan, Clapper, and Obama were illegally spying on the American people, destroying their constitutional rights to privacy while blackmailing and leveraging Obama’s political enemies with stolen tools of the federal government. This was beyond the pale. Nothing like this has ever been seen or done in America before. In the communist Soviet Union, in Hitler’s Germany, and in Mao’s China — yes, but never before in the United States of America.

If (i) the Intelligence Community (IC) does not have any transcripts or summaries that prove who was spying on Ambassador Kislyak and General Flynn and, (ii)  Acting Director of National Intelligence Richard Grenell does not know where that information came from and, (iii) Ambassador Grenell has publicly stated that the information was not the product of the IC community — then exactly whose “product” was it?

No documentation exists that proves where the information came from. There were no FISA warrants. There was no incidental surveillance. So who was spying on General Flynn?

General McInerney’s statement was true. It has been proven that General Flynn did not lie to the FBI — in what may be the most egregious case of prosecutorial misconduct in U.S. history.

However, the FBI did lie about General Flynn.  FBI agents committed a felony when they changed the 302 form in order to frame General Flynn with a crime. The original 302, which is exculpatory evidence, is still missing.

CIA whistleblower Dennis Montgomery states that he handed over 47 computer hard drives of documentation in August 2015 to James Comey’sFBI and provided over three hours of sworn and video-taped testimony to Assistant U.S. Attorney Deborah Curtis of the Department of Justice National Security Division, while inside the FBI’s Sensitive Compartmented Information Facility (SCIF) at the FBI Washington D.C. Field Office in December 2015.

Brennan and Clapper had stolen the keys to the kingdom and were turning America into a Stasi-style police state that targeted President Obama’s political enemies. The CIA has no charter to spy on the American people.

Assistant U.S. Attorney Deborah Curtis, FBI General Counsel James Baker, and FBI Director James Comey are at the very least guilty of misprision of treason for doing nothing to stop Brennan and Clapper from their seditious and treasonous use of THE HAMMER in an attempted coup d’état.

Robert Mueller’s FBI Supplied The Computers For THE HAMMER

Mueller, as Special Counsel, went on to have oversight of the Trump Russian Collusion investigation that was proven to be a hoax that cost the taxpayers an outrageous $40 million.

Assistant U.S. Attorney Deborah Curtis worked for Mueller on the Special Counsel investigation. Curtis also went on to become the DOJ’s lead prosecutor of General Flynn, despite the fact that Curtis had previously taken possession of Montgomery’s evidence and his testimony. Curtis was well aware that General Flynn had been illegally spied upon by Brennan and Clapper with THE HAMMER. Montgomery testified in December 2015, to Deborah Curtis, to exactly that.

Curtis would have known that she was in possession of ‘fruit of the poisonous tree’ testimony, making her prosecution of General Flynn entirely illegal.

Montgomery asserts that President Obama could, and did, access THE HAMMER, “at will.”

Former FBI General Counsel James Baker amended his previous testimony and testified under oath before Congress that he had dispatched FBI agents to take possession of Montgomery’s evidence that was stored on “electronic media.”
On October 18, 2018, Baker testified before a U.S. House of Representatives joint committee:

Dennis Montgomery states that he sent whistleblower information to the DOJ IG, who responded that it was above his security grade. Montgomery subsequently filed 17 whistleblower complaints with federal agencies, including the CIA Inspector General.

Acting DNI Richard Grinell: The “Product” Did Not Come From The IC

General Flynn’s Attorney Sidney Powell has also questioned who and what was spying on General Flynn.

It is imperative to know exactly who was spying on General Flynn and who provided that information to President Obama.

Was it the Russians?

Was it the Chinese?

Was it the Iranians, in gratitude for all of the cash that President Obama shipped to them for the JCPOA ‘Iran nuclear deal’?

Who was spying on General Flynn? Where are the footprints and fingerprints that prove exactly whose “product” it was?

Or, was it THE HAMMER?

ABOUT US
Depend on 1776 Channel for breaking US and world news 24/7, video content, trailblazing investigative reports and exclusive interviews. 1776 Channel - Freedom of the Press Isn't Free.
Contact us: contact@1776channel.com
FOLLOW US
© 2012 - 2022 1776 Channel. All Rights Reserved. This material may not be published, broadcast, rewritten, or redistributed.
error: Content is protected !!
Close
Do you already like us on Facebook?
Do not ask me again for Facebook
Continue to the article »