Weeks before co-sponsoring the 2012 Clinton Global Initiative meeting, The Abraaj Group was awarded the first of hundreds of millions of dollars in loans and investment management contracts through the State Department’s Overseas Private Investment Corporation (OPIC), a federal agency overseen by Secretary of State Hillary Clinton. Secretary Clinton previously exploited OPIC as a kickback vehicle to reward a now-convicted Clinton Foundation donor with lucrative loans in Haiti according to the Washington Free Beacon.  The Abraaj Group’s sponsorship of the Clinton Global Initiative meeting coincided with Gulftainer’s intial efforts to take over a Florida port.

Dr. Jafar Dhia Jafar, the infamous “father of Saddam’s nuclear weapons program,” and his brother Hamid Jafar are both executives at the Iraqi family’s company Crescent. Hamid is the Chairman of the Crescent Group and Dr. Jafar is the CEO of Crescent’s URUK Engineering and Construction, a builder of Iraqi electric power stations. 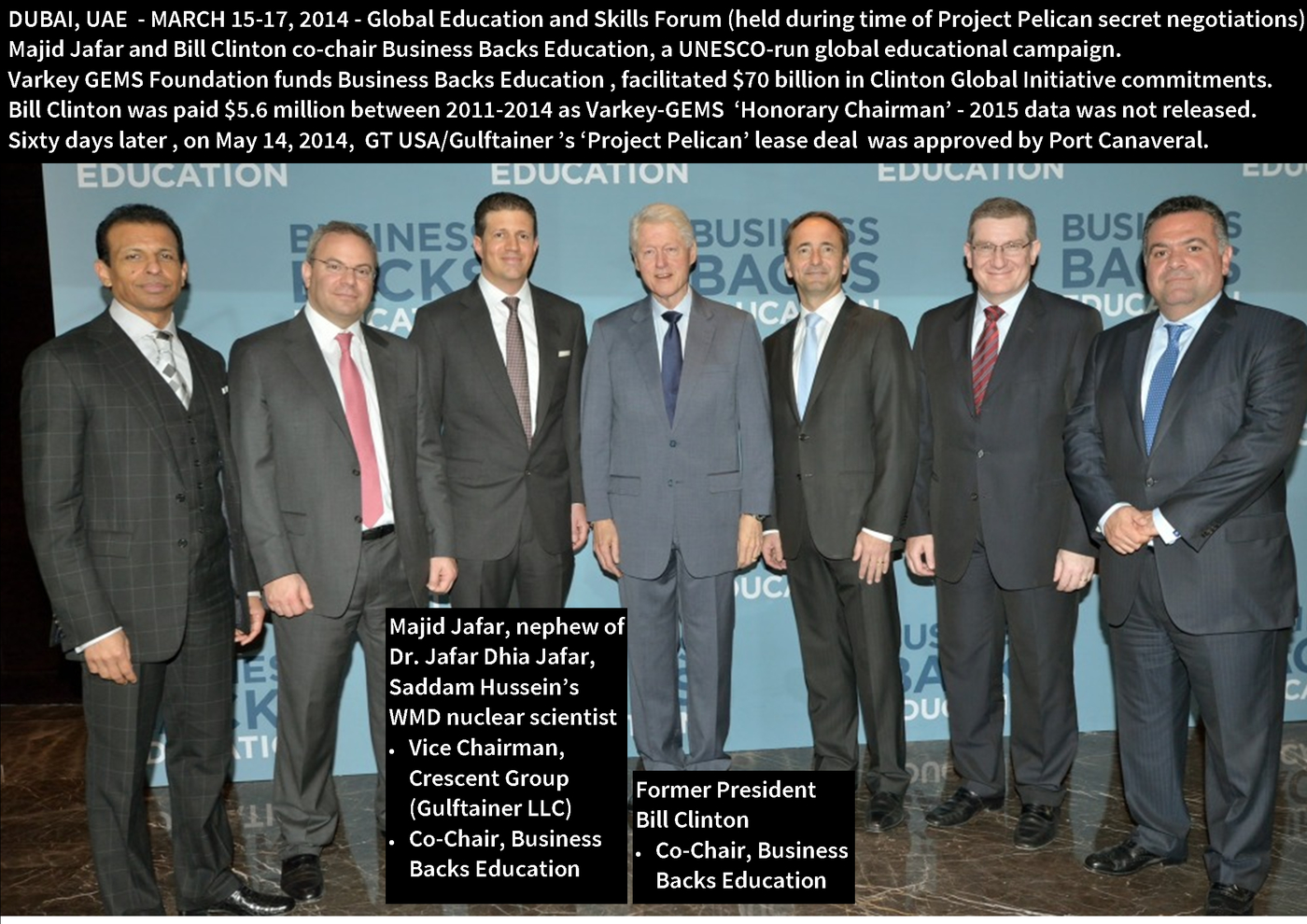 The idea that Secretary Hillary Clinton would facilitate a company deeply connected to Iraq’s WMD program moving into a U.S. port is beyond astonishing. Port Canaveral is near NASA’s Kennedy Space Center and is the second biggest cruise ship port in the world.

Homeland security experts say that America is vulnerable to nuclear terrorism at U.S. port cargo container terminals.  Treasury Secretary Jacob “Jack” Lew, a close friend and longtime political associate of the Clintons, shirked his duty to order a national security review of the Port Canaveral deal.   Crescent was investigated by the U.S. government as a front company for Saddam Hussein.

Looking at opportunities within Russia itself, the other main subsidiary of the Crescent Group, Crescent Enterprises, owns a company called Gulftainer, which today is the largest privately owned port operator in the world in terms of operated volumes. Gulftainer is looking to expand its geographic footprint by investing in Russia’s underdeveloped Ports and Logistics sector, specifically the management of container terminals, logistics partnerships, and inland depots. Another one of Crescent Enterprises’ subsidiaries, URUK Power, is active in the power sector and is looking at power opportunities alongside Inter RAO UES, one of Russia’s largest energy companies. – Badr Jafar, CEO of Crescent Enterprises and President of Crescent Petroleum – Leaders Magazine interview – October 4, 2013