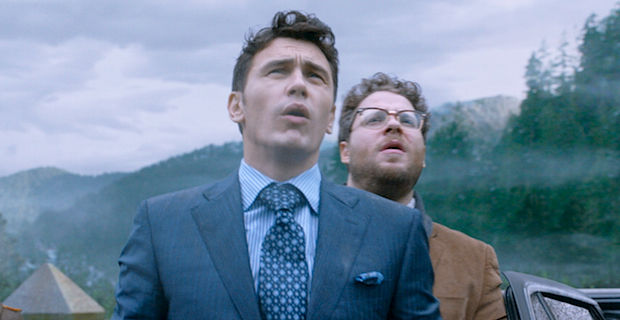 UPDATE #2 December 17, 6:45m EST: U.S. officials have told NBC News that they are confident the government of North Korea is responsible for the hacking attack on Sony, which originated outside of North Korea.

UPDATE December 17, 6:30pm EST: Sony Pictures has announced that the theatrical release of ‘The Interview’ has been cancelled, according to report in Deadline Hollywood.

The comedy, starring Seth Rogan and James Franco as journalists recruited by the CIA to assassinate North Korean dictator Kim Jong-Un, was scheduled for a wide opening on U.S. screens on Christmas Day, but that box office opening is now in disarray after Sony told theater operators that they could back out of bookings if they chose too. Most major chains appear to be taking Sony up on their offer.

Cobb operates theaters in Florida, Georgia, Alabama, Virginia and Colorado, according to the company’s website.

The cancellations of showings of ‘The Interview’ are the latest setback for Sony, which has been targeted by major hacking attacks on their corporate computers.